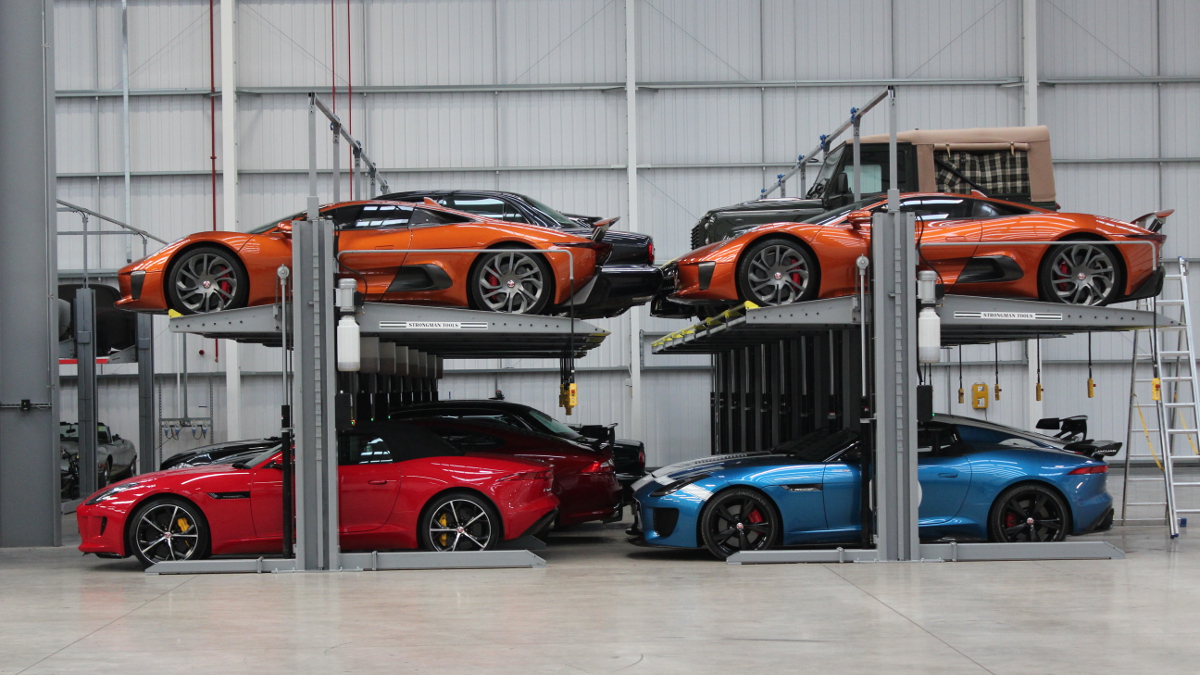 Jaguar Land-Rover’s (JLR) Classic Works division has had something of a bumpy birth. Initially conceived as Jaguar Heritage and based at a site on Brown’s Lane, Coventry, the specialist division quickly re-branded as JLR Classic and has relocated to a vast £7millon facility near the city’s airport.

Part of JLR’s “Special Operations” family, Classic Works not only restores classic or historic Jaguars and Land-Rovers, but is a car manufacturer in its own right.

When we were invited to see around the purpose-built complex, work was well under way on the construction of two limited run models, the Lightweight E-Type and the XKSS. Both are models picked from Jaguar’s rich past, but these special cars have been put back into production today to fill in gaps left in the factory ledger a few generations ago.

The “missing six” Lightweight E-Types were part of a 12-car run back in the 1960’s that was never completed. Using old drawings and diagrams and, where possible, sourcing period-correct materials, these sought-after sports cars are being hand-built by the team at Ryton-on-Dunsmore.

Similarly, the legendary XKSS has been brought back to life after a fire in the 1950’s ripped through the Brown’s Lane plant destroying, among other things, nine partially built XKSS cars. The newly built models are the direct replacements for those nine that were lost. But while the original XKSS models were simply modified D-Type race cars, the team at JLR Classic Works have had to rebuild the new models from scratch.

Arguably, the standard of fit-and-finish today is far superior than it would have been back in the 50’s, but the team’s attention to detail has meant that the cars look right for the era in which they were original designed. Experienced craftsmen have at times had to ignore their better judgement to ensure the tactile parts – like the seats – look and feel as they would have done back in the day, rather than how they might if they were being made for a modern day sports car.

However, these “Continuation” projects only take up a fraction of space in the new Workshop. The largest of its kind in the world, it is difficult to imagine a car mechanic having a better place to work. Tim Hanning, Director of JLR Classic, described the new facility as “a place where dreams are made” and it certainly is a dream come true for the engineers and technicians who get to call this “the office”.

The reception area is a vast open expanse, peppered with classic Jaguars and Land Rovers, along with car art and quotes from the key characters in both brands’ histories. Lounge areas, spread around the reception hall, allow customers (some of whom are very-high-net-worth individuals) to wait in relative privacy and comfort while enjoying a coffee or browsing the lifestyle merchandise on offer.

There is a dedicated hand-over area for customers to collect, either, their brand new sports car or their own classic Jag if it has been in for servicing or rejuvenation. The hand-over garage area includes its own set of hydraulic ramps for showing customers the underside of their vehicles if necessary.

But beyond the public areas, beyond the enormous pristine workshop, through a discrete white door next to an algae-covered un-restored Land Rover, tucked away at the back of the facility, is kept the real hidden gem of JLR Classic: An astonishing collection of over 500 classic, vintage and prototype cars.

No one can walk into this area without uttering a spontanteous “Wow” as the sheer scale of the treasure trove becomes apparent. Some are customer-cars waiting for restoration, some are one-offs (built to showcase JLR’s new-found confidence, or to chase down James Bond) – and some are important models from the company’s unique history. William Lyon’s Mk10 company car is in there, along with an Austin Seven, re-bodied by Swallow Sidecars, or “SS”, as his company was known before adopting the “Jaguar” brand name in the late 1930’s.

Perhaps the most surprising part of the collection is the number of non-Jaguar or Land Rover cars that have been included. They are there at the request of the Collector, Dr. James Hull, who sold his 500-strong personal fleet to JLR for a reported £100Million. Bentley, Iso, Mini, Triumph and Rolls-Royce models, each with its own story to tell, are just as lovingly kept under the custodianship of the genuine car enthusiasts who work here. The decision to keep these non-JLR cars has been enforced by Ralf Speth, the CEO of Jaguar Land Rover, who is clearly very proud, not only of the collection, but of how, in this fantastic new home, JLR Classic Works has come of age.